Office blocks are quickly becoming more attractive as targets for criminals. Partly because office buildings often contain expensive equipment (such as computers, printers, televisions and other sorts of valuable technology) in addition to valuable supplies or products. 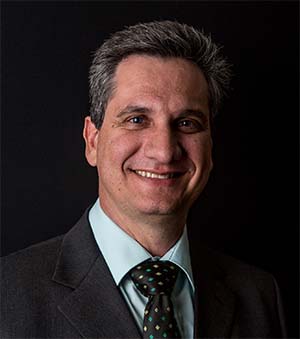 However, the main attraction for criminals is the fact that office blocks are empty of people at night, bar a few sleepy security guards.

So, now that the physical presence of security guards is insufficient to deter criminals from breaking and entering, what needs to be done to make our places of work more secure? It starts by taking a proactive stance on perimeter control with security measures like surveillance cameras to provide visibility into the office building that needs to be secured, and depends on tightly-monitored access control.

Fortunately, with the help of technology and practical planning, securing an office block is not the headache it once was and it is possible to do so without an increase in security personnel headcount.

No matter the size of the office building, if it contains valuables  then it’s important to provide physical security. A complete site survey is necessary, taking note of possible weaknesses or vulnerabilities that need to be addressed.

While insufficient on their own, it would be inadvisable to neglect the basics of physical security, like locks, alarm systems and motion detectors. However, these should be beefed up with other access control measures, like keycards or biometrics to ensure that only legitimate staff can gain access to and move around the office building.

No security without visibility

A CCTV surveillance system is the most effective way of gaining visibility into every aspect of the office building. From rooftops to basement parking lots, it’s advisable to have eyes wherever you can afford to put them.

Access points should be monitored by ultra-high definition 4K cameras, capable of recording video footage that makes it possible to positively identify a person, visually.

The perimeter of the office block should be secured as normal too, with a physical barrier and security measures at the entrances and exits where cars or people pass through.

Access control here must be tightly maintained and security procedures (like security access registers) must be consistently applied. It is advisable to have surveillance cameras monitoring all gate access points to monitor both the traffic and the security guards controlling its flow in and out of the property.

Depending on the size of the office block to be secured and the value of the property within, it is worthwhile to consider the implementation of thermal cameras at strategic points on the perimeter.

The operation of a thermal camera is not affected by lighting or weather as it works with heat signatures instead of visible images like a visual camera. In addition, if it is linked with a high-end analytics engine it can differentiate between animals, humans and vehicles.

Furthermore, because video analytics software can positively identify and protect against intrusion with 98% accuracy technology makes CCTV surveillance that much more effective. The fact that the CCTV system is now able to distribute real-time alerts of possible threats means it does not require human monitoring.

Of course, no matter how many cameras you’ve got in place or security measures you implement, there’s always the chance that humans might circumvent them.

Whether accidental, like the last person in the office forgetting to activate the alarm system, or the security guard allowing an unauthorised vehicle access – the effect is the same and security has been compromised. To circumvent this, it’s important to educate office building workers, about the importance of maintaining security measures for their own safety.

In addition, to avoid collusion between criminals and office support staff (like security guards, cleaners etc) these staff must be rotated constantly. Collusion can be further discouraged by utilising off-site security to monitor surveillance cameras to monitor the guards’ conduct. When people know they’re being watched, they’re more likely to follow the book.

Security is a basic necessity

Like water and electricity, office blocks require security measures to be in place in order to make them suitable as workspaces. As employers or office block administrators, there is a duty to provide occupational security in line with escalating crime levels.

Thankfully, developments in security technology have made this easier to do, instead of more complicated which makes it possible for businesses large and small to take a smart approach to securing their office premises, from top to bottom as well as inside and out.

All that’s required is a sensible approach in defining and designing an appropriate security strategy for each area of risk, and combining this approach with the right technology hardware and software tools to see it through.