The introduction of blockchain technology has the world as we know it shifting at a rapid pace.

Since its arrival in 2009 the technology has been met with immense demand, both for development and commercialisation, and in the coming years, the list of industries seeking to benefit from blockchains to improve their efficiency will only increase.

As a distributed ledger, blockchains are essentially global spreadsheets that run on thousands of computers. They’re distributed, they’re transparent, and most of them are open source – anyone can change the underlying code, and anyone can see what’s going on. 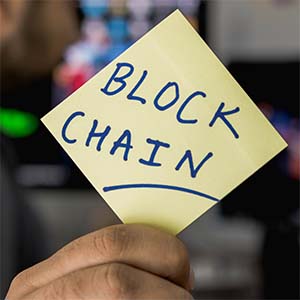 Network participants can approve, validate and record transactions, rather than the onus falling to a single entity, such as a bank or trustee. The network participants, also known as miners, collectively time-stamp and validate entries, ensuring unapproved changes to records are avoided.

“This safeguards any changes made to the distributed ledger or database as they require public consensus among many participants. In industries where transparency is vital, this is just one of many attributes that will make the blockchain difficult to ignore,” says Jaco Rossouw, CEO of SportsPodium, a South African start-up using blockchain technology in the sporting industry.

“Smart contracts, which allow for the execution of credible transactions without third parties, may be one of the best innovations to come from blockchain technology. They create decentralised trust between many parties, and eliminate the need for cumbersome fees to intermediaries or middlemen.  It will take time, but at the end of the day blockchains will undeniably become faster, cheaper, and more secure than traditional systems.”

Blockchain technology has the potential to reduce accounting and transaction costs, improve security and increase efficiency and efficacy of personal and commercial transactions, and while this innovation is radically changing the FinTech landscape, there are many other industries set to also benefit from this technology.

If we have a global, distributed database that can record a particular transaction, we need to ask ourselves, what else could it record?

In the future, it’s not far-fetched to think that even the world of sports could be dramatically enhanced by the use of such technologies, particularly in the tracking of athletes’ performance metrics, where athletes can make their results visible to the rest of the world.

“In today’s world, people want to own their information. They don’t want to trust a single entity with their data. Blockchains provide the technology to empower users with ownership. The days where central organisations own, control and monetise other people’s data are numbered,” says Pieter Botha, chief technology officer of SportsPodium.