Z-One and the future of application development

What happens when you combine the worlds of art and application development? Turns out, you get a whole new platform for visualising, automating and building modern new applications. 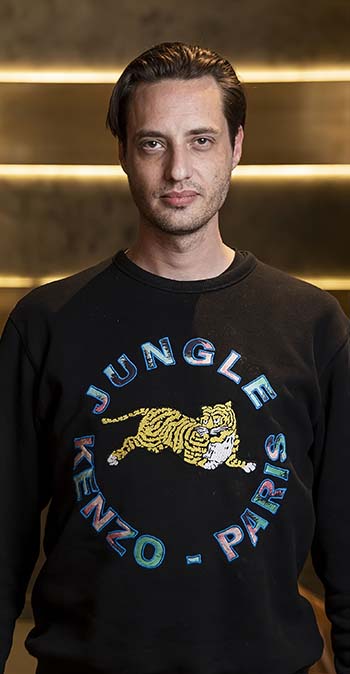 Barry Buck is the technical director of SpacePencil, but he’s also an artist and a musician – which might be why he decided that developing apps should be so much more efficient and elegant than it’s been for the last 50 years.

“I’ve always been a bit of an oddball,” he says, describing how he matriculated from art school while coding in his spare time.

“My high school friend and I learned to do some hacking from his older brother, mostly to get free airtime. Service providers back then didn’t have the security they do now. You couldn’t call me a white hat or black hat hacker, really – more like a backward baseball cap hacker.”

Buck’s first real programming job was in Y2k remediation, fixing byte allocations and k-fields in accounting systems so they would continue to function normally on 1 January 2000.

After this he moved into the world of marketing, developing systems in fields as diverse as advertising, logistics and medical.

“I always ended up building new systems on my own,” he says. “This is probably because I was able to see the whole project and visualise a business-driven end result.”

Writing the same code and routines anew for each job quickly gets tedious, and introduces opportunities for errors, so Buck started working out how he could make the process easier while enabling better functionality with fit-for-purpose applications.

“Which is where the idea for Z-One came from,” he says. “Typically, programming happens on an X-Y axis – it’s a linear approach. The idea behind the Z-One platform is to introduce a third dimension – the Z axis.”

The basic premise underlying Z-One is to make coding an open system plug-and-play concept, Buck explains. “One of the reasons that manufacturing PCs is so much easier than it was 30 years ago is because, regardless of who manufactures a component, you know you’ll be able to plug it in and it will work.”

In 2019, Buck built the first generic framework for Z-One, which was used to create the robotic process automation (RPA) product Roboteur, which has proved itself as a cost-effective but highly efficient alternative to big-ticket RPA leaders.

Now, Roboteur is being employed to further develop the Z-One platform, which gives software developers an open source plug-and-play platform.

“I’ve always been obsessed with the idea that you should be able to standardise certain aspects of software, and now I have done that, creating a framework that will accelerate the productivity of every developer,” Buck says.

Part of his inspiration comes from the world of music production, where the Euro-Rack standard allows musicians to plug individual synthesisers into a backplane, adding or removing modules as needed.

“This system is standardised, and allows musician to create or recreate what would traditionally be expensive synthesisers for a fraction of the cost. Not only that, the flexibility of the system allows them to be more creative than they could be before.

“This is plug-and-play music in an open systems scenario, just like the PC concept but for music hardware.

“But there is nothing like that for software – and every time something does come along it’s no good.”

Since he started coding, Buck thought that if there was a platform that could standardise development, he would use it. “But there wasn’t one, so I had to create it.”

What are low-code systems?

According to Wikipedia, a low-code development platform provides a development environment used to create application software through a graphical user interface instead of traditional hand-coded computer programming. A low-coded platform may produce entirely operational applications, or require additional coding for specific situations.

The home-grown Z-One platform gives developers access to blocks of services which can be linked together to produce an implementable file that can be ported between different systems.

“It is a true low-code solution that developers can use to accelerate their application building,” Buck says.

“Essentially, they can build something once and use it many times; learn once and write anywhere. With a small set of standards, they can now achieve a huge amount of productivity.”

He describes the platform as being like a rack for code, which developers can plug in from an open source repository or resource library. These blocks of code would be developed or compiled using the built in Z-Studio.

Importantly, Z-One is always completely backward-compatible so existing code would never be affected by updates to the platform or to any of the code blocks used to create applications.

“So you can update the development layer without worrying about how it will affect the implementation layer,” Buck says.

Overall, Z-One represents a solid foundation on which to build a house. “The traditional technology landscape is like trying to build on quicksand,” Buck says. “And IT’s budget can quickly be absorbed by the changing landscape.

“But now the Z-One architecture caters for all the things that cause developers pain. You are protected, it is open source, and you can learn something once then write anything.”

As Z-One’s first user, Buck has used the platform to continue developing and enhancing it. “I take so many things for granted now, and can’t believe how many things I used to have to do manually that are now completely automated.”

For most developers today, the way they build software solutions hasn’t really changed in decades, but Z-One is set to change that.

The platform is feature-complete now, with a visual designer, data structure to create user logic and data stores. It will be available for commercial use early in 2022.

“Literally all we have to do now is formalise the open source project with formal releases and documentation,” Buck explains. “Once we go live, we will start up the Z-Studio featuring a visual flow designer that reads and generates TypeScript; and developers will be able to set up individual racks that they can plug their flows into.”

An example of how this would work could be the creating of a chat programme, which developers could do without actually coding anything. “You would do the logic then, through the interface, have all the documentation and DevOps done.”

Because Z-One is based on open source standards it will work across any platform, with any interface.

The open store for code will be held to a high standard so developers won’t have to spend hours or days auditioning objects. They would simply choose the features or functions they require and build full-stack products with the open source visual interface – itself built using Z-One’s visual designer.

What enables the fast code development, and ensures that everything works together seamlessly, is the fact that Z-One is strict about separating data and logic.

“The data in the database can and does change,” Bucks says. “Code doesn’t change that often. So you can deploy a standard set of code and, depending on what data is fed into it, it will do different things.

“If there are changes in the back end, the component can simply be plugged out and a new one plugged in – and Z-One manages all the integration.”

This feature helps in greatly reducing the cognitive load that developers traditionally carry. “Keeping track of how data is being stored, presented and consumed is a big ask,” Buck says. “But once it is standardised you don’t have to think about it again.

“All you have to worry about is the input going into the system and the output you want to come out.”