The fight for F1 leadership in the post-Ecclestone era

Formula One’s new owners, US-based Liberty Media Corporation, called a snap meeting of team principals on the Sunday morning prior to the recent 2018 Japanese Grand Prix. Ostensibly, the purpose was to “discuss the future of F1”.

However, there were whispers that the real motive was to uncover details of a secret, behind-closed-doors, team-bosses-only meeting held two days earlier.

There have been rumours of breakaways and realignments among the teams whose principals have held on-going discussions on everything from the format of the race weekend to new engine rules and – importantly – Liberty’s financial reforms.

Did the team principals take an opportunity in Japan to meet and align their interests in preparation for what could be a complicated and prolonged dispute with F1’s new leaders?

It’s no secret; there have been criticisms of the way Liberty plans to run F1 in the future, particularly with regard to the commercial aspects of the sport which could result in lower revenue incomes for the top teams. 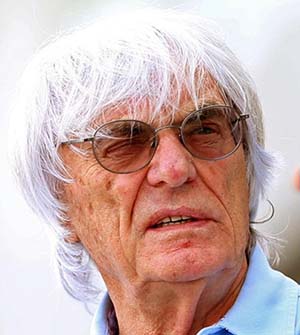 Just over two years ago, on striking a deal to take over F1’s commercial rights from CVC Capital Partners, Liberty promptly replaced long-time F1 ringmaster and power-broker Bernie Ecclestone with Chase Carey as chairman and CEO of the Formula One Group (Bernie was given a three-year honorary and inconsequential title of Chairman Emeritus).It was a watershed moment for F1. Would Carey and new appointees Sean Bratches, MD of commercial operations, and Ross Brawn, MD of Motor Sports, be able to successfully supersede Ecclestone at the head of what has become the world’s second biggest sport?

Bernie – who recently celebrated his 88th birthday – has had a long association with F1, going back to the early 1950s. In 1972 he became involved in the (then) Formula One Constructors Association (FOCA) and began to see the potential of television rights as central to the publicity of the sport, its global expansion and consequent appeal to major sponsors.

His ability to attract vast sums of money to the sport would cement his position as “F1 supremo“ for the next 45 years.

Described as one of the shrewdest businessmen alive, Bernie singlehandedly shaped and moulded F1 from a largely amateur and relatively obscure endeavour into the world-class, multi-billion-dollar professional sport it has become. His reward was billionaire status for himself and all the accoutrements that go with it.

Tom Bower, who authored the book No Angel, the secret life of Bernie Ecclestone, describes his subject as “private, mysterious and sinister”. He says Bernie’s success is down to the way he has been able to manage and control people.

Over the last two years, Liberty has gone to great lengths to distance itself from Bernie and his controversial business methods.

Despite criticism, Liberty is doing much to level F1’s future playing fields and must be respected for its determination to make changes. For example, Liberty has committed to revising F1’s prize money and bonus system which has long been skewed in favour of the already-rich teams resulting in smaller teams struggling to survive.

Going further, Liberty has proposed an expenditure cost-cap designed to help smaller teams compete more equitably with the “big three” – Mercedes-Benz, Ferrari and Red Bull. It’s a controversial move that will require deft political skills for its incorporation in the new 2021 rules package.

Significantly, Liberty is committed to end F1’s reliance on TV as a means of boosting viewership. Bernie’s disdain for social media was evident and never explored. As a result, F1’s fan-base, its main audience, has aged. Few members of today’s younger, social-media-adept generation are followers of F1.

Liberty sees social media as an area of vast potential, and it’s likely that F1’s new business model will focus on it. Once the Ecclestone-inked TV contracts expire, there will be greater opportunities to “sell” F1 piecemeal through the Internet, with varying degrees of access for varying amounts of money.

Will Liberty’s sweeping changes, including increases in the glitz and racing spectacle, benefit teams, sponsors, circuit owners and fans alike? I believe there’s a good chance they will, resulting in Liberty achieving its stated goal of making F1 “the greatest show on earth”.