Africa’s population is growing at an astonishing rate. By 2050, the number of people on the continent will climb to 2,5-billion. By the same year, the United Nations predicts that nearly half of the countries in Africa will double their populations. 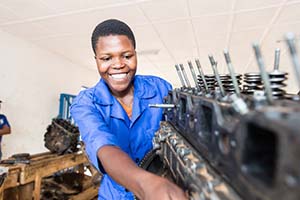 While regions such as Europe have virtually stopped growing, Africa’s population growth shows no signs of slowing.

Several factors explain this growth. Advances in healthcare and medical technology have sharply reduced infant and child mortality rates. Life expectancy, albeit still low compared to other regions, has also improved to say nothing of birth rates, which continue to outpace other regions.

While these gains have been widely celebrated, and rightly so as they are a testament to Africa’s socio-economic progress, a burgeoning population has also raised alarm among some policy makers.

African countries, the argument goes, are ill prepared and will struggle to cope with the coming population explosion.

Resource extraction, for example, is expected to increase — – exacerbating environmental problems, while food shortages may worsen due to climate change.

These concerns are not without merit and do indeed warrant our attention. However, while a fast-growing population does pose challenges, it can also be an opportunity to drive Africa’s socio-economic development.

With the right policy responses, countries in Africa can create the conditions needed to turn what could be a demographic catastrophe into a demographic dividend.

One way to do this is for countries to further embrace the free movement of people. This is especially key in tackling youth unemployment, one of the continent’s biggest challenges. 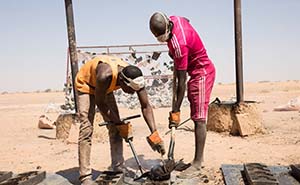 With 60% of its population below the age of 25, Africa is the world’s “youngest” continent. And, as the region’s population continues to grow rapidly, the demand for jobs is bound to increase.

Free movement can allow young people to find employment beyond the confines of their borders. Workers from countries with limited employment opportunities can move, at least temporarily, to countries where labour is in short supply.

Furthermore, free movement makes it possible for firms to find young people who are suited  –  both in terms of skills and competencies  – to available positions.

Each year the failure to find desired skills leaves many jobs across the continent unfilled; this is particularly the case for specialised professions such as engineering and medicine. This reality is not just a loss for the qualified young African individual who simply cannot obtain a work visa or permit, but also for the companies whose productivity suffers as a result.

But free movement, as it pertains to labour, is only part of the solution. It is not the panacea for Africa’s jobless youth.

To avoid what some have deemed the coming “demographic nightmare”, which could leave millions more young people without jobs, free movement must be coupled with other efforts such as improvements in education systems, skills training and continued investment in infrastructure, which is vital to attracting much-needed investments.

The need to address the unemployment crisis among Africa’s young people has never been more urgent. Without jobs, the continent stands little chance of capturing the demographic dividend.