As an increasing number of devices and appliances that are Internet-enabled and contain sensors flood our homes, the humble burglar alarm now has a new cutting-edge competitor. 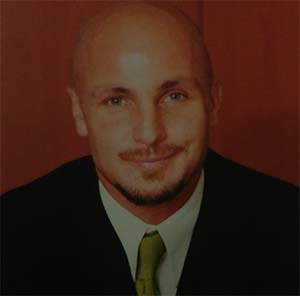 Smart home security systems, which combine many of the features of a traditional burglar alarm with the ability to monitor, control and interact with your home from an app on your smartphone or tablet, are changing the way we look at security.

Smart security systems are highly customisable and available as do-it-yourself kits or as full-blown setups that include professional installation and monitoring.

These systems connect to your home WiFi network, using your smartphone as your command centre to arm and disarm, create rules, add and delete components, and receive push notifications when alarms are triggered.

Any smart security system worth its salt should offer components that work together in a seamless environment and can be manipulated using customised rules.

Some systems store recorded video locally on an SD card or a solid state drive, while others offer cloud storage. Smart security systems also have a battery back-up, providing peace of mind if there’s a disruption to the power supply or the smart home hub is unplugged.

Unlike traditional alarm systems, many smart security systems are available as DIY options, making them ideal for homeowners on a budget.

Most DIY systems are easy to install and configure and many systems offer more than security thanks to their cameras and two-way speakers. For example, people have used their smart security systems to keep an eye on their kids while they are at work, or to monitor elderly parents.

Prevention is better than cure, so look out for a smart home security system that will help you prevent a burglary in the first place.

Reformed criminals have said that burglars will actively avoid properties with alarm systems, but they’ve got to know one is present.

The best warning to burglars is either an outdoor siren or using your smartphone to speak through a video doorbell system, confusing the potential intruder who can’t tell where the voice is coming from.

Smart home hubs communicate with the other components of the security system using a wireless connection.

Most homes only have one router, which connects all of their devices to the internet. But interference will cause the wireless signal to become weak, so devices that are located far away from your router will receive a weak signal, which can cause the devices to go offline or perform poorly.

To resolve issues caused by interference, the wireless signal can be extended with a WiFi extender or repeater.

And, since security is the main function of these smart systems, securing your WiFi infrastructure becomes paramount. Focus on securing the perimeter, as protecting each and every device is impossible.

The old Wired Equivalent Privacy (WEP) protocol of old is still commonly used, but it is highly insecure, and can be compromised pretty easily. Instead, ensure your home WiFi is protected by the Wi-Fi Protected Access II (WPA2) protocol, and with it, a strong password, made up of letters, numbers and characters.