The Raspberry Pi 4 has been launched – but South African fanatics will have to wait a little longer to get their hands on these microcomputers. 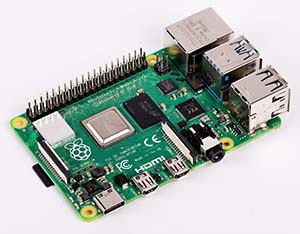 RS Components South Africa assures users that once these latest offerings from the Raspberry Pi Foundation get Independent Communications Authority of South Africa’s (ICASA) stamp of approval, they will be available to order.

The first of the fourth-generation Raspberry Pi that will be available is the Pi 4 Model B.

The new operating system is based on the upcoming Debian 10 Buster release and delivers a modern user interface and updated Chromium 74 web browser.

Other improvements include the adoption of the Mesa V3D graphics driver, which offers OpenGL-accelerated web browsing and the ability to run 3D applications in a window.

The Raspberry Pi Foundation has also released new accessories for the Pi 4 Model B, including a new case, a USB Type-C power supply, a microUSB to USB Type-C adapter, and micro HDMI cables. Notable upgrades include Gigabit Ethernet, support for up to 4GB of LPDDR4 RAM, dual-band WiFi, as well as 4K60 hardware HEVC decode support.