The world is changing as digitalisation, driven by cloud-everywhere, takes over the business environment. Underpinning the new business models is an IT infrastructure that is pervasive, intelligent, managed and connected. And this is enabling organisations to do more, and achieve more, than ever before. Kathy Gibson attended VMworld 2017 and found out how the platforms are driving innovation

As computing sees massive change, with infrastructure moving to the cloud and automation or artificial intelligence taking over customer relationship tasks, CIOs have to make decisions for a future they may not be able to imagine.

“These things are very real,” says Ray O’Farrell, executive vice-president and chief technology officer at VMware. “CIOs want to understand how to leverage all of this stuff — from new hardware platforms, AI workloads, cloud, or containers.

“The core of all of this is that we are sensing a desire to look across the broad spectrum of technology and figure out how to use it: to run applications, build applications, and not get boxed into a technology we didn’t necessarily understand.”

Making sense of technology and managing it is key, while companies have to make leaps of faith to ensure they don’t get left behind by new or traditional competitors, O’Farrell adds.

But sometimes it’s more dangerous to not take a risk, he adds. “If a bank or industry refuses to take the risk, someone else will do it — and they could become your worst nightmare from a disruption point of view. And you could end up paying more for a gamble you didn’t take earlier.” 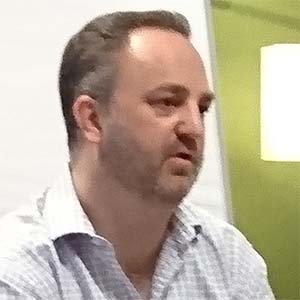 Different verticals are in different places on the journey, says Joe Baguley, vice-president and chief technology officer: EMEA at VMware.

What is common across industries, though, is the need to quickly innovate and deploy solutions.

“More significantly, people are realising that they have the ability to click and create. And this is allowing companies to do things they could never do before.

“Banking seems to be desperate to innovate, but is being held back by the weight of its legacy. They are innovating around the edges, though, and it’s interesting to see how they are doing that.”

All organisations are hobbled by legacy systems to some degree, but there is a concerted effort to move to modernised systems.

“Legacy technologies are often what was used to drive organisations,” O’Farrell says. “With new technology, we need to understand what we need to embrace and what parts of the legacy we need to change.”

Being able to virtualise and abstract various parts of the systems — servers, storage, networking — helps companies to do this without disturbing core applications, he adds.

Financial services need to make sure security is baked into any systems, adds David Colomina, IT director of ARM.

From the customer point of view, integrity of their information is key, while unlocking the systems to let users do more.

Russell Harte, CIO of DFS, points out that the super-competitive retail environment is ripe for change and innovation.

“The leading edge of the conversations I am having is that IT is having to align with the business,” Baguley adds.

“Companies are changing their relationship with the IT department — they are now using IT to sell through to customers.”

This means there has to be a conversation taking place throughout the company, and including IT, so that customer-centric solutions can be developed.

The human aspect of IT is an important cog, says O’Farrell.

“The most successful organisations are those where IT is a core, integral part of the business. The product, the value, of the company is now coming from IT.

“People are just beginning to realise that IT needs to find a new way to fit into the mix. IT can’t sit in the back office: they have to go out and understand the customer better.”

There’s no single solution, O’Farrell adds. “We are all unique, all different. But we will see these transitions starting to occur.”

A recent VMware survey of 4 000 consumers looked at how people adopt technology, and found that human-centricity is still important.

Around 46% of consumers will switch retailers if they don’t like the experience — but they still want to speak to real people, says Richard Bennett, head of advisory services: EMEA at VMware.

“By raising the bar, doing something better for customers, means they expect more. And we can’t keep doing this without using technology,” he adds.

As organisations around the world buy into the software-defined data centre (SDDC) and cloud-first narrative, VMworld is enjoying sterling growth in South Africa and the sub-Saharan Africa region. 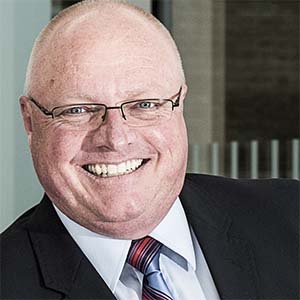 Matthew Kibby, regional director: sub-Saharan Africa at VMware, shares the news that the region is seeing growth rates above the company average in all the markets it operates in.

“We are enjoying good growth in South Africa, but also in our focused west Africa territories of Nigeria and Ghana; and there is exceptional growth in East Africa, in Kenya and Ethiopia.”

What VMware calls the “needle movers”, the new innovations like NSX, EUC (end user computing) and vSAN, are doing particularly well in Africa. “But the core technology is still growing as well,” Kibby says.

Deals of less than $100 000 are growing substantially, he adds. “This is a good indication of where the market is going.

“But we are also seeing an increase in the number of very large deals that we are putting together. For instance, we are starting to see million dollar-plus deals. And they are across the board from financial services to telco to public sector customers.”

Among the major challenges in the African market, social-political issues are probably the biggest, Kibby says. He points to the recent Kenyan election, where business slowed ahead of the polls, and is slowing again as a rerun is on the cards.

Cloud is taking off in the region, he adds, especially with moves by Microsoft and Amazon to extend their cloud services in South Africa.

“Customers across a range of industries are embracing cloud technologies,” Kibby says.

Smaller service providers are also starting to embrace VMware technologies, more particularly in South Africa than other parts of Africa.

Digital transformation is taking off across Africa, according to Joe Baguley, chief technology officer: EMEA at VMware.

“There is a lot happening. Traditional organisations are having to re-invent themselves.”

Kibby says this is particularly true in the telco environment. “Telcos are a massive growth market in our region. And the telco that gets to market first with a software-defined solution like NFV will have a huge advantage. They are all racing to be first to market.”

In the telco space there’s also a growing realisation that the IT department can start providing services across the telecommunications network.

“With the advent of NFV and software-defined networking in the telcos, the IT department is in a position to become the network platform provider looking after both the internal IT platform and the commercial network.”

“The awesome technology is available, but people and processes are often still living in the past. You’ll find that the network team, storage team and data centre team still don’t collaborate with one another.”

The conversations around SDDC and digital transformation are happening, and companies are starting to think seriously about how they can implement technology to change their businesses.

“It’s becoming a reality now for some of the bigger companies: they are actively deploying software-defined storage and SDN, and starting to use it.”

Partnering remains the core of VMware’s business, with 95% of sales in the EMEA region being signed through partners.

“The company has had phenomenal momentum over the past year,” says Jean Philippe Barleaza, vice-president: partners and alliances, commercial and cloud providers at VMware EMEA.

“We continue to be channel-centric; and have no intention of making any changes.”

So serious is VMware about partnering that the organisation is measured on its partners’ performance. “We are judged on our ability to create opportunities with partners,” Barleaza says.

Globally, there are 75 000 VMware-certified partners, with more than 30 000 of them in the EMEA region. The newer VMware Cloud Provider Programme has 4 500 worldwide and 2 430 in EMEA.

“The total number of partner certifications in EMEA is 140 000, so we have a huge number of professionals who are enabled and educated,” Barleaza adds.

Of these, 935 partners have mobility certification, 315 have NSX certifications — and are driving record revenue growth — while there are 400 vSAN-certified partners.

VMware is focused on helping its partners address the real issues that end user customers are facing. “We are working away from a purely engineering standpoint, to rather integrate solutions,” Barleaza explains.

“So we are working with partners to start conversations with customers that are less about IT and more about business outcomes.”

What VMware hasn’t changed is its generous terms of engagement with partners. “We have done a lot to ensure we offer partners a sustainable and profitable environment,” Barleaza says.

“And now we are offering additional upfront rewards for partners when they engage with us on a deal, along with our full support.”

As VMware’s product set becomes more pervasive through the entire organisation, there is a renewed focus on two-tier distribution through the VPN programme.

In fact, vSAN business through the VPN programme grew a massive 90% during the first half of this year, and mobility revenues were up 42%.

The most spectacular growth has been in NSX sales, which has rocketed up 900%. “This is one of our top priorities and we are seeing good momentum.”

Meanwhile, the cloud provider programme has seen 41% growth in the first half of this year, making it one of the fastest routes to market in EMEA.