Open source the winner in 2018

The evolution of technology and its increasing importance in business across industry sectors have contributed to open source becoming a focal point for many decision-makers during the past year.

As such, it has changed the conversation around how innovation is happening at organisations. 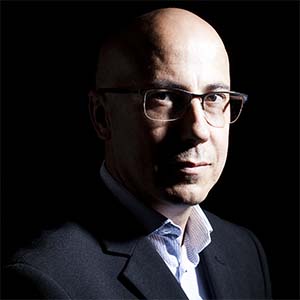 Even though several mergers and acquisitions happened in the sector during 2018, perhaps the most notable was the June announcement by Microsoft that it plans to acquire GitHub, one of the world’s best collaborative software development platforms. Even sceptics who felt proprietary software would always be the default choice for business sat up and took notice.

With the EU approving the $7.5 billion deal in October, the road is now paved for Microsoft to push the developer-first ethos of the platform that it said would remain open.

And just when the shockwaves seemed to have dissipated, another significant announcement was made later in that month.

IBM confirmed it would pay more than $30 billion to acquire open source software developer Red Hat. But even though it is still early days following this breaking news, it does point to a remarkable time for the open source industry.

With so much consolidation taking place, more proprietary vendors are starting to invest in open source. What was predicted so many years ago is finally starting to materialise with the open source approach supplanting proprietary solutions as the ‘go-to’ product. Further evidence of this is that there are now more virtual machines in Azure running Linux than Microsoft.

These, combined with several smaller acquisition announcements, are solidifying local perceptions that open source is the preferred technology choice in this digital environment. Of course, there will also be naysayers, but they are getting less with each passing acquisition.

As technology changes and business priorities on outcomes intensify, paying for the underlying operating system becomes more of an issue with so many secure and reliable open source ones are available. Today, it has become more about the joining of forces between proprietary and open to provide businesses with the best of all worlds.

This is especially important given the growth of the Internet of Things (IoT) and the expected onslaught connected devices will have on data generation.

And unlike proprietary software, in open source there is no need for an enterprise leader. It is about having a community focus and pooling resources as required.

This community-led approach has always been one of the strengths of open source. But even considering this [community] growth, there are still ample enterprise open source opportunities in the market to give traditionalists peace of mind.

Ultimately, 2018 has seen open source become part of boardroom discussions the world over. The coming year will be even more significant as implementations start growing and more business benefits start materialising.