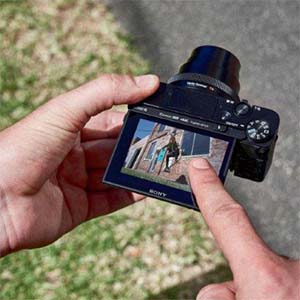 This camera is also equipped with a Fast Hybrid AF system with an AF acquisition at 0.05 seconds and world’s highest number of AF points on sensor, with 315 points covering approximately 65% of the frame.

It can also shoot continuously at speeds of up to 24 fps – the world’s fastest for a compact camera. RRP R14,999 at leading South African technology outlets.

Sony’s new RX0 camera is ultra-compact, shockproof and waterproof, equally adept at shooting still images and filming video, or it can be used as part of a multi-camera set-up to create an inspiring series of images, videos and super slow-motion footage from a multitude of different perspectives.