Atterbury’s Richmond Park, the site of the biggest land restitution in the Western Cape, will see its first large commercial building completed before the end of the year – and Mustek will begin operating from its new corporate office premises in the development this month.

One of the largest property developments in Cape Town, Richmond Park’s 300 000m2 of greenfield development rights are on an 84ha site that is part of the milestone land restitution settlement.

Mustek opened its Cape office in 1990 and went on to buy a then-new building in the Cape Town CBD two years later. It expanded the building from 1 200m2 to 4 200m2 within the next four years to accommodate its growing business.  After 26 years in the same building, and with the increasing traffic congestion in the city centre, Mustek decided it was time to move and started comparing several sites around Cape Town CBD.

Ernest Walker, Regional Director of Mustek, says: “Richmond Park was our first choice. It caters for the needs of our dedicated business partners with generous space and ease of moving of delivery vehicles in a safe and clean environment, unlike the older business park areas within a 10km radius of the CBD.

“We are proud to move into our new corporate office knowing that our business partners will enjoy the ease of traffic and, very importantly, ample parking. It has been great working with Atterbury, which has accommodated all our needs. We are excited to be the first business to start operating on this brand-new site.”

The new Mustek premise is on a 5 324m2 site and spans 4 000m2 over two levels, comprising 1 800m2 of offices and 2 200m2 of warehousing. Besides efficiently consolidating the technical area on a single level, the new premises also supports more efficient operations with features such as a goods lift and conveyor belt.

The innovative and energy-efficient building has access to three power sources: Eskom power, battery back-up and solar energy with PV panels installed on both the building’s roof and carports. 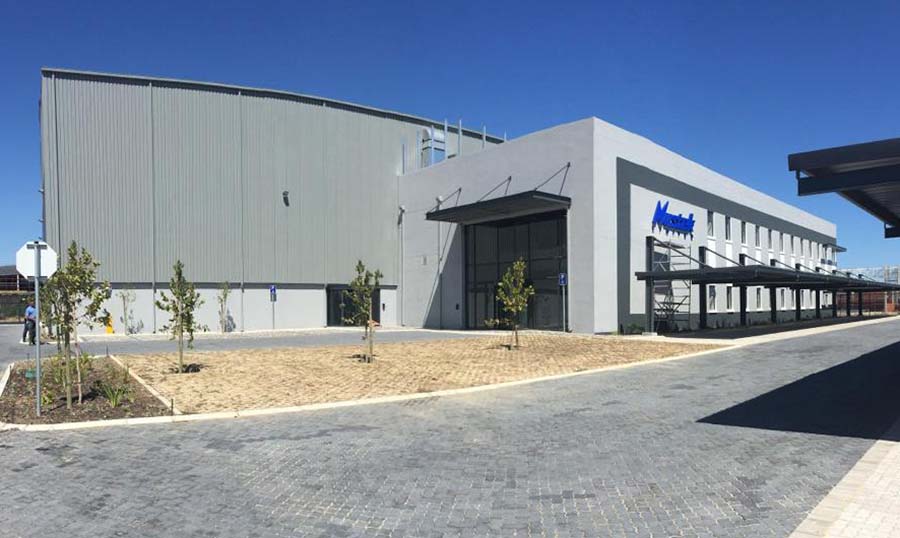 Gerrit van den Berg, who heads Atterbury’s Western Cape operations, says: “We are delighted to welcome Mustek to Richmond Park a decade after winning the tender for the park. As the first building to be completed and come to life in the development, we are thrilled that this major milestone has been achieved with such a respected South African business.

“The Mustek building looks great and sits proudly right next to the N7 with excellent visibility; and it is only the beginning of what to expect from this development. We believe in the vision for Richmond Park as passionately as we did when we first began 10 years ago.”

Mustek will soon be joined by a rapidly growing community of businesses at Richmond Park. Cape Fruit Coolers’ new premises is already rising opposite Mustek, and currently the building is at roof level. The phased 17 000m2 facility sits on a 3,5ha site.  CTM, the well-known tile, taps and bathroom brand, is also busy developing its new 5 000m2 retail and distribution centre on 9 500m2 of land that it acquired at Richmond Park.

Specialised food importer and distributor Hume International will be developing premises right next to the Mustek site. Early next year developments will also be commencing for networking, ICT and telecommunications distributor Scoop and decorative surface product developer and supplier Max on Top. A further four sites are being finalised.

Van den Berg also confirms that Atterbury plans to start construction of the 6 000m2 Richmond Corner convenience centre in April 2019. It will be anchored by Pick n Pay and have the perfect mix of retail to serve the park and its community.

He adds that Richmond Park is proving particularly popular with distribution centres and their staff. Its effortlessly accessible location is enhanced by easy four-lane road access from both the N7 and N1 highways, and it can easily accommodate the trucks essential for distribution operations.