Making it easier for consumers to pay their municipal bills could transform revenue collections for South Africa’s struggling metros and municipalities, bringing in much-needed funds to improve service delivery in the process. 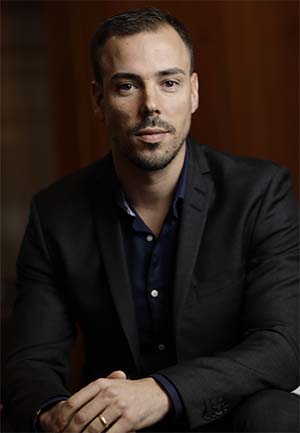 Thomas Pays, the CEO of South African digital payments platform Ozow (formerly i-Pay), says most municipalities have debt books of billions of Rands – and automating the payment process for consumers would not only increase payment levels, but help solve perennial problems like cash handling and account errors on manual EFTs.

By way of example, the City of Johannesburg predicts that nearly three quarters of all the money consumers owe it – just over R16 billion – will never be paid. It is estimated that the City’s new debt rehabilitation programme, announced in June, will see as much as R6 billion in consumer debt written off. In July, the City of Tshwane effectively wrote off municipal bills in arrears amounting to R2.8 billion.

The National Treasury’s State of local government finances and financial management report, released earlier this year, found that 125 (out of 257) municipalities were in “varying degrees of financial distress”.

Describing collections as ‘one of the major pain points’ facing municipalities, Pays said bringing in even 5% of the outstanding accounts would have a significant impact on the finances of the country’s towns and cities.

“In our major metros, up to 60% of invoices aren’t being paid at the moment – and part of the problem is that it’s just too much trouble for consumers to either physically pay their bills in cash, or do manual EFTs when many don’t have credit or debit cards,” said Pays.

He believes that part of the solution could lie in municipalities using digital payment methods for customers that would allow immediate payment via SMS, E-mail, or QR Code. This offers people who do not have debit or credit cards the opportunity to transact digitally – and benefit from its inherent convenience, simplicity and security.

“Imagine your metro sending you an SMS that you need to pay your municipal bill – and giving you the option to pay by replying to the SMS. No standing in queues, no manual online payments, no problems with cash handling. This is a great opportunity to add simplicity to the municipal payment eco-system,” said Pays.