The G Q60 has arrived to showcase premium features, advanced technologies, and stylish design – all without breaking the bank. 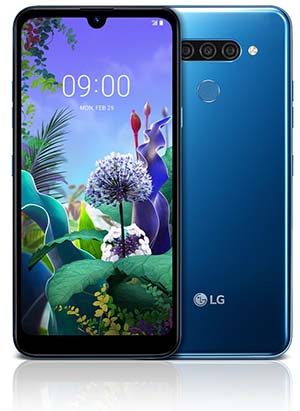 The device provides large, high-quality displays and AI-powered functionality to consumers who traditionally had to settle for less within the price range. It features LG’s HD+ FullVision display at 6,26-inches.

The front-facing camera is located in a water drop cut-out to maximise the FullVision display for comfortable viewing, playing, and communicating, while the slim bezels make it comfortable to hold and use single-handedly.

Google Assistant has become one of the most widely-used virtual assistants on smartphones today, and LG’s dedicated button gives users immediate access allowing you to check the weather or track your trip on maps.

In addition to its 13MP front camera, the LG Q60 sports three rear cameras: 16MP with Phase Detection Auto Focus (PDAF), 5MP with Super Wide Angle and a 2MP shooter with Depth Sensor that captures a sharp image of the subject while leaving the background blurred.

Meanwhile, the LG G8S ThinQ has hit South African shores, offering many of the stand-out features and technologies applied to the flagship LG G8 ThinQ, with a few touches that appeal to the consumer’s ever-evolving needs.

The Z Camera utilises Time-of-Flight (ToF) sensor technology to bring LG G8S ThinQ users a choice of convenient and secure biometric recognition options. Hand ID uses the Z Camera’s ability to scan a user’s circulatory pattern using infrared light to unlock the phone in the dark just as accurately as during the day.

The same technology is used with Face Unlock, which is extremely precise and fast due to the Z Camera’s use of infrared light and 3D point clouds which accurately trace the contours and features of the users face.

The third new feature that utilises the Z Camera is Air Motion, a touchless command interface that allow users to perform various actions without even touching the screen, this is the same technology used in secure banking environments – and allows you to perform a variety of tasks such as taking screen shots or music and video playback.