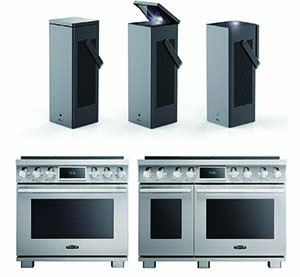 The ultra-premium built-in Signature Kitchen Suite Pro Range oven and the high-end LG CineBeam Laser 4K projector – which were judged among the best of 5 300 designs from 59 countries – were awarded the Best of the Best honours this year.

The LG CineBeam Laser 4K comes in a portable size and unique upright design that is only made possible by the mirrorless I-shaped engine which allows the projector to show perfect images whether it’s placed on the floor, mounted on the wall or hanging from the ceiling. The carrying handle and Auto Cord feature makes the unit look sleek and clutter-free, prompting the judges to admire the product’s balance between esthetics and convenience and a “design unlike other projectors.”

The company was also recognized for its home entertainment products, such as LG Signature OLED TV, industry-leading UltraWide monitors as well as its G6 and V30 flagship smartphones.