The journey to smart cities

The network is rapidly becoming the enabler for digitalisation, as edge-to-cloud connectivity and manageability start to make the connected world a reality. One of the areas where this pervasive connectivity is going to start making a huge difference to everyone is in the smart city. Kathy Gibson attended Huawei Connect in Shanghai to learn more 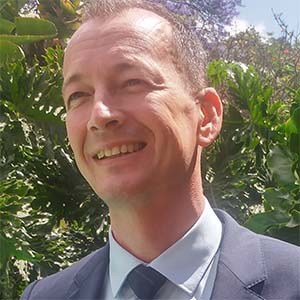 The smart city, while conceptual right now, will become reality as cloud computing, IoT and other enabling technologies come to maturity.

“What is sure is that the idea of smart city is here, and it is here to stay,” says Huawei Enterprise director Edwin Diender.

He describes the smart city concept as being like the systems that make human beings smart, with a central nervous system consisting of a brain and neural network.

“We aim to build these systems,” Diender says.

The brain would be the city operations centre, driven by the data centre. The peripheral nervous system would be the application specific service, enabled by networking and cloud.

“Huawei is all about growing with the cloud, and the foundation of the smart city is the cloud data centre,” Diender says.

The city communication network and the city IoT network run on top of this. Big data and application platforms are central to running the solutions that enable the services that add value in the smart city.

Huawei is embracing its Platform + Ecosystem strategy to enable smart city deployments, where Huawei provides the platforms that enable the ecosystems that run and deliver the applications and services.

We don’t build smart cities: we are one of the players in the smart city ecosystem,” Diender stresses. “We provide the technology that helps to enable solutions that meet demands. But the smart city is a customer journey.”

OpenLabs are key to developing solutions that make sense for citizens in each city. Huawei currently has 13 OpenLabs around the world, and aims to have 20 by 2019. So far, more than 70 joint innovation solutions have been developed in these labs, with the goal being more than 200 within the next couple of years.

A city is an ecosystem — a symbiosis of things working together, Diender says. “And we have to think about smart cities like this as well. We have to establish and grow the ecosystem to make smart cities happen.”

Huawei is currently a market leader in the various areas that it works in, performing well above industry standards. “This give us the foundation on which to build smart cities.”

Since smart cities are so needed, and so keenly desired, this begs the question of why we are not seeing more deployments.

“The reason it is not scaling right now is that there are too many systems still sitting in silos,” Diender explains.

“And building an ecosystem for smart cities means you cannot work in silos. You also cannot rip out what is there are replace it.

“What you need to do is integrate, and find ways to make different silos work together.”

This is why Huawei works hard on developing and using open standards. The company is a key contribution to all of the open standards associations.

More than 100 cities are already using smart city technologies supplied by Huawei and its ecosystem partners.

When it comes to smart cities, and the ambition to move higher up the value chain, there is no difference between cities in the developed and developing world.

“How to approach the move higher up the value chain is where there is a difference,” Diender says.

So what makes a smart city? There’s no one answer, says Diender.

“If there were a clear definition, you could benchmark where you are — but there is no definition.

“However, the minimum requirement that every city should have is ambition. And on top of that they need a team of people, passionate and empowered to drive it.”

Most cities already have an IT infrastructure in place. These things could be done smarter if they were interconnected.”

Older cities generally have bigger challenges when it comes to implementing smart city, But this would depend very much on the pains being felt.

With new cities, it is possible to start from scratch, opening opportunities to implement new things. Older cities would have to work with systems that are already there.

Diender adds that smart city should be effectively invisible. The technology shouldn’t change the characteristics of the city, and this could be more challenging in an older, possibly historic or beautiful, city.

Design becomes important in these instances, so that new equipment is housed in a way that fits into the existing character.

The city of Weifang has implemented an IoT network based on Huawei’s OceanConnect IoT platform.

The city-aware network aims to connect a number of applications, enabling unified access, management and data collection from IoT-enabled equipment.

Smart lighting has already been established, along with value-added services that include a remote control system, WiFI hotspots, video surveillance, environment monitoring and vehicle quantity surveillance and statistics.

The smart lighting system monitors the status of street lamps in realtime, adjusts brightness automatically, and detects faults. This helps the city to save 80% of its electricity costs and 90% of its maintenance costs.

Shenzhen, one of the four largest and wealthiest cities in China, was a modest village of just 30 000 people in 1979.

Today it is the manufacturing hub for the world’s technology industry, with a population of about 20-million.

Among the many infrastructure challenges this rapid growth brings is traffic congestion – and this is difficult to overcome with new infrastructure.

“Traffic is the lifeblood of a city. It also shows how well managed and civilised a city is, says Li Qiang, technology division chief at the Shenzhen Public Security Bureau.

“Shenzhen has grown quickly, which means it is a victim of traffic congestion and parking challenges,” he says.

With 3,3-million vehicles resulting in a traffic density of 510 vehicles per kilometre, Shenzhen racks up $44-billion a year in congestion-related costs.

The project uses a very fast optical network that increases efficiencies by up to 40-times. This is vital in view of the fact that 700-million entries per month are captured in the urban traffic systems. Now, EI-assisted law enforcement processes up to 10-million images per day, resulting in efficiency improvements of up to 10-times, and an 8% better experience for citizens.

Next on the agenda is a plan to integrate traffic lights into the system, which is expected to give the city an 80% improvement in traffic flow.

Future plans will seem the implementation of a 5G connected cars network that will offer high reliability and low latency, allowing for intelligence and driverless car management.

Intelligent traffic co-ordination will be enabled with adaptive checkpoints, and AI will also be used to provide deep reinforcement learning in transportation.