After the much-discussed Vettel-Hamilton incident at this year’s Canadian Grand Prix in which Sebastian was handed a time penalty for “rejoining the track in an unsafe manner”, the Ferrari driver said Formula One is now “not the sport I fell in love with”. 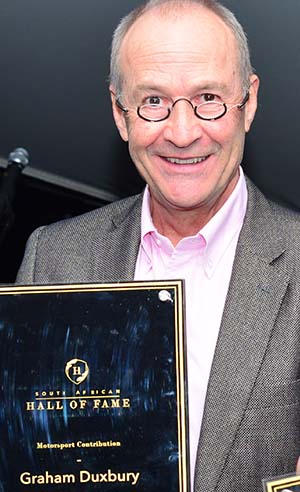 Most certainly F1 has changed, and Vettel is not alone in his yearning for “the old days”.

One of the more significant changes has been the complete reliance by teams on data acquisition and analysis in their never-ending quest for improved performance.

Today, every lap completed by a F1 car generates around 100GB of data from real-time telemetry and on-board data loggers. And an ever-increasingly sophisticated set of data collection devices measure every possible environmental and behavioural factor related to the car.

Typically, around 300 sensors provide more than 1 000 channels of information and during a race transmit more than 1,5Gb of live data concerning tyre and fluid temperatures, suspension movements and fuel flow, as well as more complex inputs from the clutch, gearbox and differential.

The functions of the complex hybrid power unit with its twin generator units and the all-important hydraulics systems are closely monitored as is the airflow over and around the car along with downforce pressures at key points.

After practice sessions, top teams make use of their “sim” drivers who take real-world data and use it virtually by running laps on multi-million-dollar simulators, trying various suspension, aerodynamic and other set ups which will be implemented by the teams at the track.

Currently the driver’s role is more suited to confirming the results of the data analysis by delivering the best lap times. Even then, he is often coached by engineers studying real-time data in the pits.

During Friday morning practice for this year’s Chinese GP, Hamilton’s engineer Peter Bonnington came over the airwaves to suggest Lewis take “a slower entry into Turn-12 for a better exit” based on data traces. To Hamilton’s credit, his response was “I don’t need coaching, Bono…”

Mercedes boss Toto Wolff believes the modern F1 driving experience is akin to “flying a spaceship”. He maintains that the sport needs to stay high-tech.

Does it? There is a groundswell of support among race fans for a return to simpler times – to rewind the clocks. They believe that while F1, in line with many other industries, is engaged in the science of data analytics, there is a road back to the sport’s basics.

Former racer turned TV pundit Johnny Herbert says “the technology may be great, but the show is the most important thing”.

The role of the driver should once again be emphasised and his skills should be used to manage all aspects of the car. This is what the great champions of the past – Fangio, Moss, Clark, Lauda and others did. They were the most important contributors to their teams’ success – not 100 anonymous data engineers glued to computer screens in a darkened room half a world away from the trace track.

More often fans ask questions such as “just how much actual driving do current F1 drivers do from their cockpits?”, and “why are there so many switches on the steering wheels? It’s supposed to be about driving, not playing video games”.

Perhaps it would be better – and simpler – to ban all telemetry other than data relating to safety and contributing towards engine reliability. No data inputs relating to on-track performance and driver aids should be permitted in F1.

Chillingly, McLaren Applied Technologies (a McLaren Group subsidiary) has set out what it believes is the ultimate vision for motor racing three decades from now; 2050

The technology giant predicts that racing drivers of the future will rely on an artificial intelligence (AI) co-pilot to make important strategy calls.

Heaven forbid: If the F1 rule-makers learn anything from the 2019 Canadian GP fallout, it is that the sport needs to return to its core values.

Vettel has been described as “an analogue driver in a digital age”. For example, on arriving in the Canadian GP paddock this year, and viewing the brand-new concrete and glass pits complex buildings for the first time, he said he “quite liked the camping style that we had before”.

This desire to return to old-school F1 is echoed up and down the pit lane and – more importantly – in grandstands at tracks around the world.

Graham Duxbury is a former professional racing driver, celebrated SA champion and acclaimed motorsport administrator and commentator. A South African Hall of Fame inductee, he made history in 1984 by winning the famous Daytona 24-hour sports car race in the USA in an all-South African team. Today, he heads Duxbury Networking.