Artificial intelligence looks set to be the ‘killer app’ of the next couple of years, and it’s rapidly becoming pervasive in the application software used to run our companies. Mark Davison was at Inforum 2017 in New York to learn about Infor’s move into the world of AI and cognitive computing

In arguably one of the most significant announcements in its history, business software group Infor launched Coleman, an artificial intelligence (AI) platform for its cornerstone CloudSuite applications.

With digital transformation sweeping across all industry segments, including IT, Coleman heralds a first step in the future strategy of the company to meet rapidly changing customer requirements. 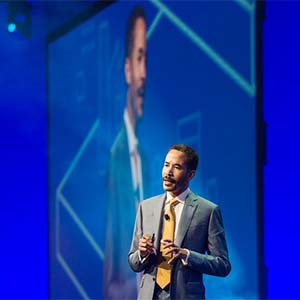 Charles Phillips, CEO of Infor, explains that the company’s strategy now revolves around five key areas: It’s traditional foundation of industry expertise; utilising the vast power of the cloud; the lateral, multi-tenant growth of the network; analytics, following the acquisition of Birst; and now AI with Coleman.

But it is the launch of Coleman that has piqued the interest of analysts and journalists at Inforum, as well as both old and potentially new customers.

“AI is an important category for us,” Phillips says. “But people ask: Why now? AI has been around for many years. But in enterprise computing, sometimes that happens … it takes time to mature … and people give up. But just look at what’s happened in AI in the last 12 months. We have autonomous cars, Google’s AlphaGo beat the world Go champion, Watson beat the chess champion, also for the first time AI was involved in a subpoena.

“This technology is creeping into our lives … but it does take time,” he says. “But once you’ve got the foundation down, it speeds up.”

Phillips says that another drawback in the adoption of AI has been compute power.

“The PC industry has slowed down in the last few years … Moore’s Law is changing … and the problem is that we can’t get faster computers,” he says. “You can throw more cores at it, but there are limitations.”

He adds that the problem of compute power is now being addressed by the likes of Google and Amazon.

“They’ve taken the next step and have millions of machines working together using the cloud,” he says. “By December, Google expects to surpass existing supercomputers by two to the power of 300.

That’s more than all the particles in the universe.”

Infor has been leveraging both Google and Amazon’s cloud for its flagship CloudSuite and, Phillips says, the company will continue to do so in the realm of AI.

“We’re sort of like a research lab,” he says. “We will be trying it and see what happens in the next 12 months,” he says. “I’m surprised at how confident Google is. We’ll watch and report back.” 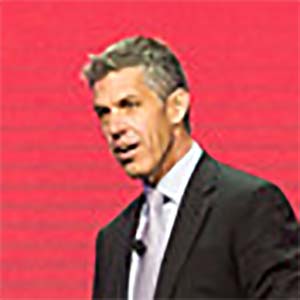 “AI has already entered the mainstream and is changing our lives,” Angove says. “Why now? Compute power, the Internet, and better algorithms. The supercomputer that is the cloud. We see Coleman eventually powering our cloud suites.

“It’s the age of network intelligence,” he adds. “And we’re prepared for it.”

“Coleman develops a conversational relationship with the user which can be rendered in Infor Ming.le, a social collaboration platform, or a synthetic conversational user interface. User efficiency is increased as studies show humans are able to speak and hear 3-4 times as many words per minute as they can type. Processing the vast data in Infor CloudSuite,

Coleman automates search and gather functions, which can take up 20% of a user’s work week, significantly increasing productivity.

“Infor spent many years automating processes that followed clear rules, such as accounting and manufacturing processes. We are now leveraging machine learning and our access to large amounts of data to assist users with less structured processes such as complex decisions, conversations, and predictions,” says Phillips.

Augmentation – serves as a partner to amplify one’s work

“Coleman is so powerful because it takes the mission-critical business data from Infor CloudSuite, coupled with the supplier, logistics, and finance data from the GT Nexus Commerce Network, and analyses it with the computing power of a hyper scale public cloud,” says Angove.

The press statement goes on to list some examples of what a user could ask Coleman:

“Coleman, what is the accounts receivable balance for ACME Corp?”

“Coleman, what’s the next best offer for this customer?”

“Coleman, who is the sales rep on the ABC Labs account?”

“Coleman, what price should I charge for a hotel room?”

“Coleman, what are sales by month for the NW region this year?”

“Coleman, how much PTO do I have left?”

“Coleman, create a requisition for item 4321”

“Elements of Coleman are available today, such as predictive inventory management for healthcare, price optimisation management for hospitality, and forecasting, assortment planning, and promotion management for retail,” says Angove. “Over the next year Infor is expected to introduce Coleman to Infor CloudSuite industry suites.”

IBM’s Watson may be named after the company’s first CEO and Google’s AlphaGo because, well, it could play Go. But in naming its first entrance into artificial intelligence Coleman, Infor has acknowledged one of the unsung heroines of the US’s space race.

In an official statement, the company says that the name “Coleman” was chosen to honour Katherine Coleman Johnson, a physicist and mathematician whose critical calculations helped man reach the moon.

In a video precursor to the launch of the AI platform at Inforum, it was said that John Glenn, the US’s first man in space, refused to enter the cockpit before Johnson had checked the space agency’s calculations.

Once she had, he strapped himself in.

Johnson excelled at maths and science from a young age, overcoming the obstacles of segregation to become an essential figure in the US Space Program.

Johnson, whose story was depicted in the 2016 film “Hidden Figures”, is a recipient of the Presidential Medal of Freedom. She has a passion for STEM (science, technology, engineering, math), and is an inspiration for generations of engineers and scientists, the Infor statement says.

In the same press statement, the family of Katherine Johnson say: “We are excited and honoured that Infor would choose our matriarch to help them represent innovation, analytical might, and a continued push for excellence. She symbolises for many a beacon of resilience, a source of courage, and a promise of what’s possible.

“For Katherine Coleman Johnson, the value is in knowledge shared, not in what is known.”

Family members attended the official launch of Coleman yesterday and were given a standing ovation by the more than 6 000 delegates.

Infor expands into the commerce network

Addressing one of the five key categories outlined as part of its future strategy, Infor has launched Networked CloudSuites which it says is an evolutionary step that extends mission-critical business applications beyond the four walls of the enterprise across the value chain.

By delivering core functionality from the GT Nexus commerce network into Infor CloudSuite industry suites, Infor is able to connect the core applications of an enterprise with its logistics, supplier, and finance networks, increasing network-wide visibility, collaboration, efficiency, and responsiveness, making an enterprise more agile and competitive.

“We’ve built what is essentially a platform that allows a lot of people to connect in realtime,” says Infor’s Kurt Cavano. “In the old days, you’d take a photograph and send it out on email; today, you hold the photo up in the middle and let everyone look at it. That’s a pretty good metaphor for what we’re doing with the commerce network.”

CEO Phillips adds: “The days when a single company was responsible for all aspects of its products, from sourcing to manufacturing and shipping to point-of-sale, are long gone; commerce today requires an extended network of suppliers, production, 3PLS, and financiers, yet the software that companies rely on has not adapted to this business model. Leveraging the power of the GT Nexus commerce network, Infor is able to offer true multi-tenant, multi-organisation public cloud solutions that provide a single instance of the truth, making an enterprise more agile, responsive, and competitive.”

Networked CloudSuites are the next step for Infor CloudSuite, which in early 2014 was the first set of industry-specific application suites delivered on the Amazon Web Services (AWS) cloud. These suites unify multiple applications into a single suite for specific industries such as healthcare, public sector, distribution, and various manufacturing industries like aerospace and defence, automotive, food and beverage, and industrial manufacturing.

Giving more autonomy to its customers, Infor has launched Concierge, a powerful self-service tool that simplifies access to important sites, content, and resources within Infor.

Infor Concierge is intuitive, with a modern look and feel and is available 24 x 7 for no additional fee to all customers who are on a current Infor Maintenance or Subscription contract.

“Concierge is your one place to go from now on,” Mary Trick, chief customer officer at Infor, told delegates. “This is now your tool.”

Developed in partnership with the Infor Customer Experience Board, a global board of customers representing multiple products who work closely with Infor to deliver Customer Experience improvements, this tool provides Infor customers with access to updates on support incidents, quick views and voting on product enhancements, dates and information on product-specific education classes and webinars, and one place to find all product documentation.

By having customers weigh in on design specification, development, testing and approvals, Infor was able to infuse the voice of the customer directly into Infor Concierge.

Infor Concierge was developed using Infor Ming.le which provides role-based home pages with widgets that display information from multiple ERP systems all in one place.

Every user can personalise their home screen, have instant access to information about their Infor services and solutions at any time, and control exactly who within the organisation can view what information. In addition, users can connect with other users in Infor Communities and email or call designated Infor contacts from within the application.

“Infor wants to make sure that we are the easiest enterprise software provider to work with when it comes to understanding all aspects of an organisation’s interactions with Infor,” Trick says. “Giving our customers access to this kind of information allows them to resolve business issues faster and get the information they need and want at any time, without having to deal with multiple calls and emails.

“Our company understands that every organisation is unique, and so are their business needs,” she adds. “We spent time listening to our customers across multiple industries to understand the kind of realtime, always on customer service they expect from a technology partner. All of that research is reflected in Infor Concierge.”