IBM Think and PartnerWorld: into the future with cloud, AI

Cloud computing and artificial intelligence (AI) are driving technology trends into the future. Mark Davison attended the IBM Think and PartnerWorld events in Las Vegas to find out how the IT giant is tackling them 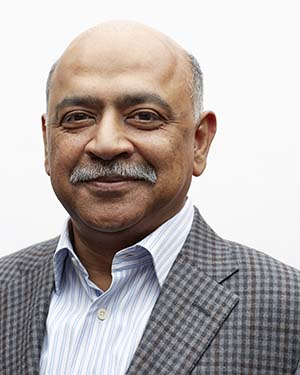 IBM breakthroughs that will change the world

IBM Think 2018 formally got underway when Arvind Krishna, IBM research director and senior vice-president, hybrid cloud, hosted what the company calls its annual Science Slam and where scientists and researchers had five minutes to elaborate on the five technologies they think will change the world over the next five years.

Krishna says that with more than 3 000 scientists in 12 laboratories on six continents, no company is better placed than IBM to predict which technologies are the ones to watch in the future.

Two topics that are top-of-mind around cloud computing today are artificial intelligence (AI) and security, and at Think 2018 IBM set out to address both these issues with a slew of announcements.

These are the two major themes that bookend the enterprise conversation about cloud adoption. On one hand, businesses are compelled to move more workloads to the cloud to seize the new opportunities presented by AI, Machine Learning, IoT or even next-generation quantum computing, or risk getting left behind.

AI comes to the digital assistant

Digital assistants may have become part of the furniture in modern homes, performing many routine tasks. But today IBM says it has taken this technology to a new level with the launch of its Watson Assistant.

Kareem Yusuf, GM, Watson IoT at IBM, says traditional digital assistants have laid the groundwork for the next generation – truly intelligent AI assistants that get to know you as an individual. Watson Assistant, he adds, is a smart enterprise assistant that brings together artificial intelligence (AI), cloud and the Internet of Things (IoT) to help businesses enhance brand loyalty and transform customer experiences, while keeping the business and customer data private and secure. 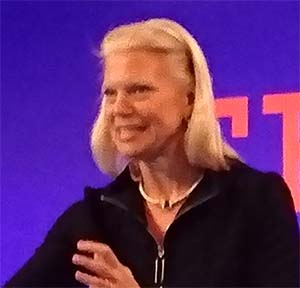 The world of business and technology is on the brink of yet another “golden era” that only occurs once, maybe twice, in the average person’s lifespan, says IBM’s chairman, president and CEO, Ginni Rometty.

Addressing delegates packed to the rafters for her opening keynote of Think 2018 at the Mandalay Bay Events Centre – “There are 30 000 to 40 000 people piped in and in this room,” she quipped – Rometty says that the industry and business have reached a point in time rarely experienced throughout their respective histories.

In a concerted effort to catch up with their fast-evolving business partners and meet their ever-changing needs, IBM today announced four new initiatives to make it easier, faster and more rewarding to combine their industry expertise with its technologies and meet the evolving requirements of their customers.

John Teltsch, GM of Global Business Partners at IBM, has been with the organisation since 1982, but only took up his current position in July last year. And he’s determined that IBM starts getting things right with its channel, making it easier to do business together, displaying more transparency and ensuring that both parties reap the rewards of the new opportunities opening up.

One of IBM’s self-confessed “True Blue” partners was put on the spot at a post-keynote press conference when he was asked what three things he would initiate if he was in charge of the company’s channel operations.

Mark Wyllie, CEO of Flagship Solutions Group, says that he has been an IBM business partner for more than 30 years. And they don’t come any “truer” or “bluer”.

“We’re a True Blue partner,” he states firmly. “If the choice [on a deal] is IBM or a competitor, we’ll go IBM.”

There I was, ambling towards my next appointment at this year’s PartnerWorld inside the MGM’s Grand Garden Arena, when my progress was abruptly halted by a couple of uniformed security guards.

“Please stand back, sir,” said the obvious chief – he had a different uniform and more badges on his breast than the others – as he ordered the others to close the entrance doors in some kind of emergency lockdown. I took a couple of steps backwards. Unlike in good old South Africa, you don’t mess with anyone in a uniform in the US of A. Not policemen, not customs officers, not even security guards.