How to grow your SME

South African needs its small and medium enterprises (SMEs) to succeed as they are, without doubt, key to unlocking inclusive growth in an economy which has stagnated for the best part of a decade. 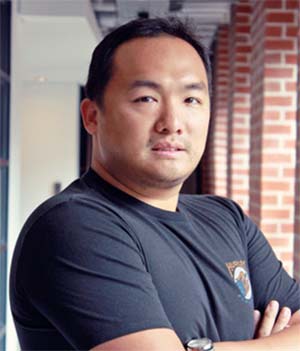 By Greg Chen, CEO of Mobiz

While government obviously has a responsibility to enable that growth, there’s plenty that SME owners can do to ensure their own growth.

One of the most powerful ways of doing so is for SMEs to follow the lead of their bigger counterparts and focus on communicating with existing customers, who form an invaluable revenue stream.

And in a country like South Africa, the best way of doing so is to combine the ubiquity of SMS with the enriched presentation of the Web.

The power of loyalty

Intuitively, you’d expect that the goal for SMEs would be to grow their customer base as quickly as possible. After all, more customers equals more revenue, right?

While that’s true to a degree, retaining customers is actually a much more effective way of building revenue.

It’s also worth noting that it can cost five times as much to acquire a new customer as it does to retain an existing one.

So, if your SME is more focused on growing its customer base than building loyalty among existing customers, it’s not only missing out on potential revenue, it’s also likely spending money it can ill afford to.

But if an SME is to foster loyalty among its existing customers, it needs to know who they are. That’s what makes it easy (in theory) for big businesses to speak to their customers at an individual level.

Through things like loyalty programmes they’re able to get customer details, as well as valuable data on what those customers buy in any given period. That, in turn, means that they can target them with hyper-personal messaging that makes them more likely to keep associating the brand as their de-facto channel of choice to purchase.

Fortunately, there is now an array of services that allow SMEs to create equivalent programmes and gain similar insights as big organisations are able to.

Whichever service you choose, however, it’s important to ensure that it’s compliant with all the relevant laws and regulations. In South Africa, it’s particularly important that any database you build up is POPI compliant.

Once you’ve built up a database it can sometimes be difficult to choose which channel to contact your customers on. There are, after all, a plethora of digital options available to businesses of all sizes.

But in a country with mobile adoption rates as high as they are in South Africa, SMS is still king.

It’s not only ubiquitous though, it’s also incredibly effective.  Research shows that 98% of all SMSes are opened and that, on average, it takes someone 90 seconds to respond to an SMS versus 20% and 90 minutes, respectively, for email.

It’s also possible to combine the ubiquity of SMS with the power of the Web. With a SmartSMS, companies can send customers to a personalised Web page detailing offers and specials that are unique to them. So, rather than trying to cram a load of information into 160 characters, SMEs can use the SMS as a subject line. The real substance comes in the shape of the Web page.

Having something that looks and feels personally appealing to the customer makes them that much more likely to stay loyal and spend more in the long run.

Technology as an enabler

Of course, it’s important to note that technology isn’t a panacea to all the problems faced by SMEs in South Africa. An enabling environment and sound business practices are still crucial.

But, as big business has shown, technology can be useful in creating great customer experiences and building loyalty. And the sooner SMEs take those lessons and adapt them, the sooner they’ll go from struggling to thriving.