How often have you used an AMD today?

Can you name a semiconductor company that powers a wide range of high-performance desktop and notebook computers, thin clients, data centres and supercomputers, while forming the foundation for the world’s most powerful games consoles, casino gaming solutions, medical imaging devices, cockpit control systems and digital signage?

If you answered AMD you would be 100% correct. 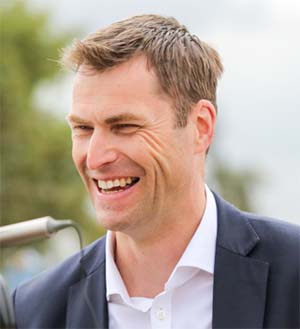 “We may not be as well-known as we should be, but AMD processors are the power behind a lot of high-performance, graphics- and transaction-intensive systems – many of them not only mission-critical but actually critical for life-or-death situations,” says James Blackman, EMEA sales director at AMD.

AMD’s popularity has soared since the launch of the Ryzen processor last year, and this year’s introduction of the Ryzen Pro and Epyc solutions, he adds. But these latest products build on a long history of engineering excellence.

“Historically, AMD has given customers every reason to be confident about the brand, and the numbers back this up,” Blackman says. In July, AMD announced that its second-quarter revenue was $1,76-billion.

“We had an outstanding second quarter with strong revenue growth, margin expansion and our highest quarterly net income in seven years,” according to Dr Lisa Su, AMD president and CEO. “Most importantly, we believe our long-term technology bets position us very well for the future. We are confident that with the continued execution of our product roadmaps, we are on an excellent trajectory to drive market share gains and profitable growth.”

If AMD’s own numbers aren’t enough of a heads-up about the company’s rising popularity, Intel recently told shareholders that the chip giant expects to lose market share to AMD.

The South African market has been a little slower than the rest of the world to recognise the benefits of Ryzen, Ryzen Pro and Epyc, but Blackman says some real momentum is starting to build now.

“We are starting to gain popularity outside of the traditional gaming stronghold and are seeing some real traction in the commercial world.”

The fact that many games opt for AMD should give commercial users confidence in the processor’s power and performance, Blackman adds. “We’re in games consoles, we’re in the enthusiast world, where people build their own rigs, we are seeing an incredible take-up of Ryzen and Ryzen Pro components.”

“Now the commercial OEMs are also offering a wider range of AMD solutions,” he adds.

It’s no surprise that gamers are driving the adoption of new and immersive technologies: they are pioneering the use of virtual reality (VR) for one.

“AMD is huge in the VR market,” Blackman says. “We are not only a major player in the consoles that let people view VR, but in the creation of content as well. Which is why AMD is the first choice for console gaming.”

“We are the processors that power casino gaming, because these devices are about an immersive experience, which is what we are able to provide,” Blackman points out.

When it comes to immersive experiences, you can’t do better that the world’s largest billboard, in New York’s Times Square.

“Digital signage is a forte of AMD’s, and the Times Square billboard is something of a flagship,” Blackman says. “It’s the size of an Olympic swimming pool and cost millions of dollars to build.

“The point we make is that this platform is so valuable, and viewed by so many people, it needs to be reliable, and just work 24/7. And that’s why it runs on AMD.”

“This about a city, street or hotel – digital signage is important,” Blackman says. “AMD is a major player in this market.”

A lot of digital signage is run via thin clients, another market niche that is well-serviced by AMD processors.

“It’s a little-known fact, but if people use thin client technology, there’s a reasonable chance that they are using our embedded processors.”

A branch of thin client solutions, avionics, is another area where AMD leads the field, and an increasing number of aircraft cockpits are powered by AMD processors.

“Our technology is so good that people are willing to trust their lives to it.”

While Ryzen and Radeon processors are used to power personal computing or specific-function devices, AMD is starting to make inroads into the server and data centre market too, with the Epyc processors based the same Zen core as Ryzen.

“When it comes to supercomputers, you’ll find AMD Epyc processors in all the main brands,” says Blackman. “All of the leading manufacturers recognise the value of using AMD.

The technology is sounds, Blackman adds, but creating a successful market takes more than just a processor. “There’s a whole ecosystem behind AMD’s success. The company has built a solid base to work from, and the ecosystem is sound.

“Combined with a commercial-grade product that offers superior performance and longevity, AMD is making great inroads into the market and gaining the confidence of resellers and end users alike.”

Cybersecurity is becoming the top issue for partners and users alike, with threats now reaching right into the processor itself.

“We’ve got great security built in,” Blackman points out. “In fact, AMD has a security co-processors embedded on the chip. We are as secure as anyone can say they are.

“This is important,” he adds. “Security threats reach into every aspect of everyone’s lives – even gamers are targeted and consoles hacked to expose credit card details. But we can say that AMD provides a secure platform and we are working with software providers like Microsoft to ensure Ryzen’s security technology is embedded into the whole ecosystem.”

In South Africa, AMD has traditionally had a limited direct presence – but the company is actively partnering to ensure that it brings its technology to market effectively.

“We have had a lot of success in South Africa thanks to great relationships,” Blackman says.

An example is the education market, where partners have been very proactive in letting customers know the extent of the AMD solutions.

“If a reseller wants to add value, they need to let the users know about the different technologies available in the marketplace,” says Blackman. “And we will always be incredibly competitive, offering great value for a wide range of applications.”