Data protection is becoming a priority, as governments roll out new data security regulations with eye-watering penalties for non-compliance, some of them up to 4% of annual turnover. 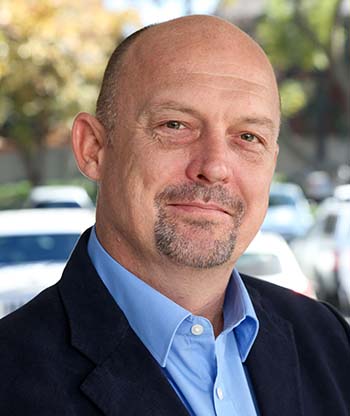 Photography for EMC2/ Redline in June 2015 by Jeremy Glyn.

These regulations, including South Africa’s Protection of Personal Information (POPI) Act and the European Union (EU) General Data Protection Regulation (GDPR), state the need for end-to-end encryption of data. However, it’s not easy to implement and is causing havoc in terms of storage strategies.

This requirement for end-to-end encryption is certainly bringing the benefits of a new generation of intelligent software-defined enterprise storage solutions into sharper focus.

The challenges that these regulations present is exacerbated by digital transformation.  To be responsive and competitive, businesses need to digitise and analyse large volumes of data.  The correct storage strategies must be in place to cater to the ever-increasing growth of data whilst ensuring their data is secure.

Core to these strategies are three important considerations: performance, availability and cost.

At present, companies’ typically use All Flash Arrays (AFAs) for their high performance and traditional Hard Disk Drives (HDD) for lower costs. However, they end up sacrificing either performance, availability or cost as a result, depending on their choice.

The need for speed

At the top end, for tier 1 storage, performance is paramount to businesses as they require high speed access to business applications and data that impact the operations and customer service.  As such, companies look towards high speed flash media, that is typically costly, in order to provide the performance digitally driven companies need. However, it’s not suitable for all enterprise data and can rapidly erode shrinking IT budgets. This has led to technology developments in the storage industry that sees commodity hardware, together with intelligent software, delivering performance at a remarkably low cost.

Traditional storage: Lowering the cost only to lower the performance as well

At the other end of the spectrum, for tier 2 storage, companies use traditional HDD. These spinning disks are considerably less expensive per unit of addressable capacity. The catch is performance – they are slower than flash media.

Both of these approaches are further losing their sheen due to the impact of end-to-end data encryption.

To clarify, breaches occur within different layers within the IT stack. Therefore, end-to-end encryption makes sense and even if data is stolen, it cannot be used. However, it also has repercussions in terms of storage.

For example, AFAs use deduplication and data pattern recognition to compress data. Encryption randomises data, eliminating those patterns. The result is that AFA’s can only store encrypted data at a 1:1 data compression ratio. At approximately 10 times the cost of spinning media, AFA’s become much less viable, particularly when storing huge volumes of data.

The secret sauce is neural cache technology that makes extensive use of Dynamic Random-Access Memory (DRAM), flash media and spinning disks. AFA deliver millisecond responses, while DRAM has nano-second ratings. These learning algorithms driving these intelligent arrays are able to predict data use with greater accuracy, bringing over 80% of all reads and 100% of all writes from DRAM with the remainder mostly from flash media and storing the cold data on spinning disk. This is storage that scales, learns and evolves — storage for a digital age.

Businesses can breathe a sigh of relief as fortunately, a combination of flash and traditional disk arrays coupled with intelligent software, remove the stress associated with compliance and its impact on storage. Importantly, this approach enables companies to achieve performance, capacity and cost without compromise.