Are these the most exceptional race performances?

Occasionally, a race driver will deliver an exceptional race performance. Often there is no explanation for a drive that breaks records or surpasses expectations. 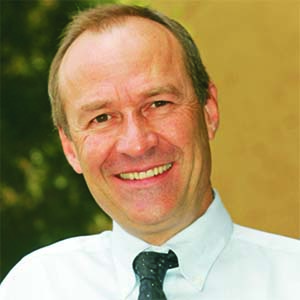 Valtteri Bottas fans will claim his run-away win at the recent Australian Grand Prix should be thus acclaimed, but perhaps Formula One history is able to highlight other outstanding, unparalleled feats of brilliance.

Take, for example, Rubens Barrichello’s win at the British GP in 2003. Usually driving in the shadow of his illustrious team mate and world champion Michael Schumacher, Rubens was able to claim pole position and, in the race, drive away from the field to win by a sizable margin from Juan Pablo Montoya, Kimi Raikkonen and Schumacher who trailed in fourth place, 25 second adrift. It was surely an outstanding, against-the-odds achievement.

Perhaps an even more remarkable performance was posted by Schumacher himself, nine years earlier. Halfway through the 1994 Spanish GP his Benetton suddenly and inexplicably lost all its gears, except fifth.

A gearbox with only one gear available would cause regular drivers to pit for assistance. Not the future seven-time world champion. He somehow adapted his driving style and continued to set respectable lap times while continuing to fight for the lead with Damon Hill and Mika Hakkinen.

Hill eventually took the win while Schumacher finished in an incredible second place. The German’s fans still consider this to have been his greatest race. It was the stuff of F1 legend.

Schumacher ended 1994 as world champion, but only by a single point over Hill. Had he not pulled off his fifth-gear masterclass Hill would surely have taken the title.

In many instances, bad weather has been the catalyst for an exceptional drive. A wet track separates the great from the greatest and provides a platform for F1’s best to showcase their genius.

Many fans regard three-time world champion Jackie Stewart’s best race to have been his win for Matra at the 1968 German GP at the daunting and dangerous Nurburgring Nordschleife, later described by the Scott as the Green Hell.

The conditions on that day were truly appalling – it was raining incessantly and dense fog blanketed the 22km circuit as it wound its way through the Eifel forest. Visibility was down to 30 metres or less.

Today the race would not have been started or at best would have been run behind the safety car. But back in the day, the philosophy was different. The race had to go ahead, come hell or high water.

While Graham Hill’s Lotus took the lead at the start, by the end of the first lap Stewart had passed him and built a nine-second lead. By the second lap his lead was up to 34 seconds. When the race ended after 14 laps, Stewart crossed the line more than four minutes in front of second-placed Hill.

To make the performance all the more remarkable, Stewart had his right wrist encased in a special plastic cast after an accident a few months earlier.

While Ayrton Senna’s performance at the 1993 European GP at Donington Park is in this category, many believe the likes of his opening lap – enshrined in F1 folklore as “the lap of the gods” – will never be seen again.

Senna was disgruntled. He would have preferred to be driving the (then) mighty, all-conquering Adrian Newey-designed Williams FW15C, but was forced to compete in what was undoubtedly an underpowered McLaren Ford.

The race, run in torrential rain, began with Senna in fifth place. But in arguably the greatest opening lap in F1 history, the Brazilian powered past Schumacher, Karl Wendlinger, Damon Hill and Alain Prost and into the lead by its end.

Senna won from the Williams duo of Hill and Prost and came within sight of lapping the entire field.

History was made at the Italian GP at Monza in 2008 when a young Sebastian Vettel driving for Toro Rosso stunned the conoscenti with a sensational qualifying lap, good enough for pole position. He remains the youngest driver to start from the head of the field.

In the race, held on a wet track, Vettel’s mature performance belied his 21 years. He steadily extended his lead, giving both himself and Toro Rosso their first GP wins. Vettel acknowledged the support of his team, saying the set-up of the car perfectly suited the conditions.

While Vettel has four world titles to his name today, Toro Rosso is yet to savour the spoils of another F1 victory.