5G, AI and the changing world of work

The hybrid cloud and multi-cloud is the latest news in the industry. We are confidently talking about cloud-to core-to edge systems that are based on a single platform and offer users seamless connectivity and access to data and workloads.

But, while we are getting many of the elements of this future scenario right, there are still gaps in terms of what’s feasible in terms of edge device, connectivity and automation.

What is the current picture when it comes to cloud-to core-to edge; where are we aiming for; and what still needs to be done in terms of networking, protocols, intelligence and communications to get there? 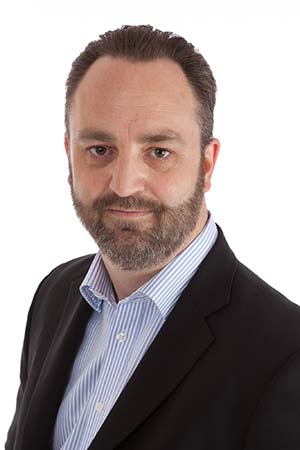 Joe Baguley, chief technology officer: EMEA at VMware, points out that 5G is being hailed as the enabler for edge intelligence, but it’s not going to be that easy to make it happen.

“For 5G to become a reality, things will have to change from an infrastructure perspective,” Baguley says.

He explains that there will be a need for much higher cell tower density, which could be enabled by micromeshing, where cell towers can appear to backhaul to one another.

A the same time, network slicing will prioritise priority traffic, and effectively slice up the network so that some things are given more importance than others.

The telcos will use these technologies, and we could see them make an appearance in private 5G networks where edge computing will be possible because compute, storage and intelligence will be embedded in the network or the cell town, Baguley explains.

“And this leads right into artificial intelligence (AI) and machine learning (ML).”

His understanding of the new era of endeavor is that machine learning is what we’ll use to teach AI. “For example, Tesla vehicles drive around with eight cameras on every car, recording stuff.

“At night, these recordings are all uploaded to Tesla’s central cloud, where they are used to create an AI model that is pushed back out to all the cars. So the cars are not learning on the fly.”

When we need AI that has instant inference – for instance when cars have to learn and respond instantly – AI and ML on the edge come into their own.

A lot of edge intelligence is simply deciding what can be thrown away, Baguley adds. “If you have a football stadium, with 150 cameras streaming, do you really want to ship that all back to the Internet?

“No, so you need some intelligence in the edge helping decide what to discard.”

There is no simple answer to how AI and ML are going to be used for practical applications, Baguley adds. “At the moment, task-specific AI is used in limited environments to do specific jobs.”

Fears that AI and ML will soon see masses of people losing their jobs are bound to come to fruition. While we sell AI on the basis that it will cost some jobs, but create others, it’s still a reality that jobs will be lost, and probably the least skilled of the workforce.

“But we’ve always been in  process of industrialisation,” says Baguley. “This is not new – AI is nothing different in that context.

“If you look back, there are lots of jobs today that weren’t done before; and lots of jobs that used to be done have become obsolete.

“Think of the knocker-upper, the man who used to wake people up in the morning; he lost his job when people got alarm clocks. The night soil man was replaced by the sewer system.

“Throughout history, there were jobs that have been replaced by technology,” Baguley points out. “What scares people now is that the way we compete is different.”

He explains that, in the hunter-gatherer times, we competed on muscle; when we started to industrialise, we competed on sources of energy; then in the industrial revolution it was all about harnessing new form of energy; more recently, competition has been premised on knowledge.

In the last 20 years, access to information has meant that people can effectively augment their brains. “Now I can access all of human knowledge – so I don’t have to be clever myself. I can now outcompete other people by using the intelligence.”

AI goes a step further, Baguley points out, by offering an evolved view of data analytics that includes inference and insight.

“So will it replace jobs? Technology is already replacing a lot of jobs – self-service supermarket checkouts are displacing human tellers all the time.

“But AI will replace the decision-making. The data input clerk won’t lose his job to AI, but his boss might.”

He cites the example of a restaurant. “A restaurant will always need waiters. But what does the restaurant manager do? He works out the rotas based on experience, and orders the food. So that’s really analytics.

“But will the restaurant manager be replaced by AI? No, he will be augmented by AI, and he can start offering a better service.”

Because of how AI will become more commonplace in the future, Baguley believes the new competitive field will be in creativity and empathy. “We won’t compete on brain power, but on heart.”

The medical field is a case in point, Baguley says. “When I go to see an oncologist, I know he hasn’t read all of the thousands of papers that have been published about my condition. But a computer can. When I go into the hospital I want someone to work out what is wrong with me based on all the knowledge of all the experts.

“But I want a human being to hold my hand.”

Baguley is optimistic about the future. “Things are going to get better. As the world becomes more developed, people will get back more time.

“For millennials, time is their biggest demand. Once we are able to augment ourselves as human, we will get more time, because we will be spending less of it on the mundane.”

To prepare for the future of AI and ML, Baguley believes the most important thing we can teach our children is resilience. “Don’t reach children to code, rather teach them adaptability, resilience and the ability to change.”

When he’s asked to present to schools, Baguley tenders the following advice: