The future of automotive isn’t just about being driverless

Not long ago, innovation within the automotive industry was about building more powerful engines, then increasing efficiency, while improving aerodynamics, comfort, and the exterior design of vehicles. 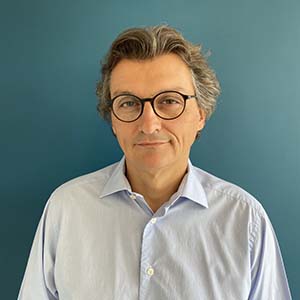 Today’s automotive industry is all about hyper connectivity and automation. But while driverless cars are likely the first thing that springs to mind when you think about the car of the future, the future of the industry expands beyond driverless tech.

Connectivity is a major factor in the transformation of automobiles, enabling remote updates, predictive maintenance, wider safety and data security measures. And data collection and storage are at the heart of it.

Last year it was estimated that the storage capacity requirement for autonomous vehicles would balloon to over 2TB in the next decade and, as technology continues to advance, that number could grow. With that in mind, OEMs will be asking how they can support these rising data demands.

How will the architecture of autonomous cars develop?

Machine learning and artificial intelligence models are crucial to managing the data of autonomous vehicles and to improve features like object detection, mapping and decision making. By improving the algorithm of the machine learning model, manufacturers will be able to enhance the user experience.

The architecture of autonomous cars is also becoming much more streamlined. Manufacturers are moving away from a spread-out network of microcontrollers for each individual application, and towards one big processor with big compute capability. The shift from multiple automotive microcontrollers (MCUs) to one central MCU will likely be the biggest architectural change to cars in the future.

Data storage from the edge to the cloud

Data storage within the autonomous car can be found both at the edge, where data is processed rapidly, and in the cloud, where data analytics is performed. Where data goes depends on whether it’s needed for the immediate benefit of the driver, such as information collected by motion sensors or the mapping function of the GPS system where the car manufacturer can gain insights into how the ADAS system can be improved.

Sending data to the cloud is cost-effective and efficient with a Wi-Fi connection, but when you’re on the move, a 4G (or potentially 5G) connection is likely to be the only option available. While this is still feasible, transmitting data over the cellular network can be incredibly expensive.

This is why many autonomous vehicles will need to spend time back on the driveway, or at a location where a connection to Wi-Fi can be established. This is a much more inexpensive way to transfer data to the cloud, where it can then be analysed and stored.

The role of 5G in the future of connected cars

While today’s 4G networks will continue to handle many applications, 5G could be a key enabler for connected and autonomous vehicles, as they will be able to almost instantaneously communicate with each other, buildings, and infrastructure (V2V, V2I, V2X).

Connectivity is key for autonomous vehicles and 5G will be able to offer faster connectivity and lower latency for drivers of the future. Faster speeds will mean much quicker response times for the data that the car collects, allowing the vehicle to react almost instantaneously to sudden changes in traffic or weather conditions.

5G will also enable digital services from within the car, thereby enhancing the passenger experience and increasing revenue potential as a result of such services.

Data security: who holds the keys?

Without a doubt, autonomous vehicles need state-of-the-art cybersecurity. According to a recent study, which surveyed auto engineers and IT experts, 84% of respondents were concerned that car manufacturers are not keeping pace with the industry’s constantly increasing cybersecurity threats.

To protect consumer safety and privacy, connected cars must be secure at all levels—from the hardware and software inside, to the connections to the network and cloud. Here are some measures that manufacturers can take to help ensure security and data integrity for autonomous vehicles:

The importance of a back-up plan

A car’s central data storage system is mission critical, so how can manufacturers ensure that operations are not compromised if this system fails? Replication of the data into a redundant data centre system is one way to prevent accidents if the main centre fails, but this can be incredibly expensive.

Some engineers are developing backup systems for specific components of the car, such as the brakes, steering, sensors and computer chips that guide a self-driving vehicle.

This way, the vehicle is equipped with a secondary system that will safely pull the car over in case of a catastrophic equipment failure, without the need to back up all of the data that is stored by the vehicle.

There are lots of other car functions that aren’t as critical and don’t require a back-up, such as the air conditioning and the radio, so leaving this data out will help to cut costs while also providing a safety net in the event of systems failure.

As we move toward the autonomous vehicles of the future, data will be driving the evolution of transportation.

By leveraging machine learning solutions to support the huge amounts of data these vehicles depend on, and by implementing robust security strategies to protect the car from the outside world, manufacturers will be designing cars that will eventually be safe enough for the newly paved digital roadways.