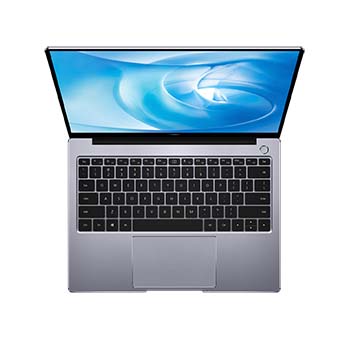 The Huawei Matebook 14 has a substantial screen-to-body ratio of 90%, with thin top and side bezels, which are only 4,9mm wide.

The Huawei MateBook 14 is powered by the 11th Generation Intel Core i7 processor and features a 56Wh battery with intelligent energy-saving management, process management and background apps management. The system can automatically and intelligently allocate resources for applications based on the analysis of user behaviours. Depending on what you’re using your laptop for, the battery can last for between 10 to 14 hours on one charge.

The Huawei MateBook D 15 i3 is equipped with the Huawei FullView Display, with top and side bezels are only 5,3mm thick, resulting in an 87% screen to body ratio. The laptop features a 178-degree viewing angle and 16:9 aspect ratio.

The Huawei MateBook D 15 i3 runs on the second generation Ryzen 7 3700U processor and the Radeon RX Vega 10 graphics card. It comes with a 65W USB-C charger with detachable cables.