4IR key for Africa to upgrade itself

Innovation is crucial to driving economic growth of countries. 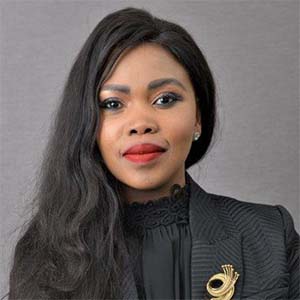 We can see how countries that have focused on innovation, like China and the United States, have industrialised and upgraded their economies.

Africa is an innovative continent with all kinds of problem solving inventions that could potentially help improve not only the standard and quality of life, but also upgrade Africa’s position in the world economy, while simultaneously enhancing its competitiveness.

However, it seems, Africa has not taken full advantage of this in driving its innovations to a globally competitive level. According to the African Development Bank, Africa’s economic growth stabilised at 3,4% in 2019 (and is expected to be highly adversely affected by the Covid-19 pandemic in 2020) with slower growth in the continent’s “big five” economies Algeria, Egypt, Morocco, Nigeria and South Africa.

There has never been a more crucial time to drive innovation in order to remain relevant in the global economy.

That said, there is no shortage of innovation in Africa as the social fibre of Africa rests on resourcefulness and resilience, with an economy that manages to stretch very little to feed its large households.

Closer to home in South Africa surgeons used 3D Printing to restore a patient’s hearing by reconstructing the patients broken bones middle ear after it was severely damaged in a car accident.

According to the UNESCO Institute for Statistics report 2019, the Sub-Saharan Region spends 0.4% of its GDP in R&D, whilst East Asia Region (China, Mongolia, North & South Korea, Japan, Hong Kong, Taiwan and Macau) invest about 2.1%.

The Global Innovation Index 2019 which measure countries’ medical innovation, places South Africa at number 63 out of 129 participating countries, with South Africa and Kenya seen as performing at a higher level of innovation for the level of development. This is encouraging and should be leveraged in order to gain traction.

Unfortunately, innovation inputs and outputs are still concentrated in very few economies and a global innovation divide persists with some economies getting more return on their innovation investments than others.

Nothing has spurred innovation faster than the outbreak of Covid-19 in Africa, with countries like Senegal developing ventilators as well as low cost testing devices in order to support the testing and containment of the pandemic.

Back in South Africa, we have never seen this intensity of collaboration and alignment across Government Ministries in order to roll out a country plan for the management of the pandemic.

This tells us that developing countries can fast track their development and competitive advantage in the marketplace given there is a positive stimulus to drive towards a common goal. Must it take a crisis though to achieve this level of unison.

How do we harness this and not lose momentum occasioned by the crisis? Additionally, the shortage of resources requires the continent to collaborate more and utilise capacity efficiently in order to position the continent advantageously.

Intelligent country and continental policies are imperative, especially in alignment with the AU’s Agenda 2063 – which is Africa’s blueprint and master plan for transforming Africa into the global powerhouse of the future.

Its aim is to deliver on its goal for inclusive and sustainable development and is a concrete manifestation of the Pan-African drive for unity, self-determination, freedom, progress and collective prosperity pursued under Pan-Africanism and African Renaissance. This plan needs to come alive and action has never been as urgent as it is now.

At the ARFDS2020, 2020 to 2030 was marked as a Decade of Action with Africa recognising an urgency for mobilizing more governments, civil society, businesses and calling on all people to make the Global Goals their own.

There has never been a more crucial time to act with speed.

We have to learn from the past, that individualism and trade liberalisation has produced many losers in the past two decades as it comes with challenges such as lack of funding, scale, commercialisation effort and market access, but it can be done.

The Fourth Industrial Revolution should be viewed as a potential for a great equaliser and an opportunity to position Africa in competitive industries. Mass industrialisation using technology should position the continent as a critical player in the World’s value chains whilst ensuring inclusion and sustainability.

This will require Africa’s Think Tanks as well as mass co-ordination with Government. African governments need to step up their role as facilitators and enablers to ensure economic growth.

The government is core as a major investor in infrastructure, resources, human capital, skills and education.

All of these are instrumental ingredients to countries’ developmental needs to be prioritised with focused intention. Governments are also instrumental to driving bold economic policies that can cultivate innovation as well as smart protectionism in order to protect the local industries.

Never has it been more important for Africa to innovate than now. The most encouraging part is that Africa itself recognises this: if we do not innovate, our existence is doomed especially at the cusp of 4IR.

This is why our role, the Pan African Chamber of Commerce seeks to bring together innovators, leading thinkers and actors from Industry, Government, Academia and Non-Governmental Organisations, to advise African Governments through the AU and other regional economic communities on how to best meet their objectives to build the digital economy and eliminate digital divides is that much more important.